Mixed Martial Arts (MMA) is the fastest growing sport in the world and Saudi Arabia is no exception. The country has so many teams and fighters especially in Jeddah and Riyadh. There are so many upcoming talents in the world of Mixed Martial Arts but that one talent to lookout for is definitely Ahmed Talal Makki.

Standing at 5 feet 5 inches tall and weighing more than 130 pounds, this ferocious mixed martial arts animal named Ahmed Talal Makki hails from Jeddah, Saudi Arabia. He started with traditional martial arts (Sanda) when he was 11 years old. Later he added weightlifting to his routine once he reached the age of 18 years old and began expanding his knowledge about the human body and nutrition. In 2005 he started training in Muay Thai – a type of martial arts and combat sports also known as Thai Boxing. Shortly, he began his MMA journey in Saudi Arabia with Coach Noor Aldeen who hails from the Netherlands. In 2012, he moved to the U.S. to become a well-rounded fighter by improving his skills in Muay Thai and BJJ (Brazilian Jiu-jitsu). In California, he trained with some of the best fighters in the world such as Anderson Silva, Lyoto Machida, Rafael Dos Angos, Fabricio Werdum, Chad George, Pedro Munhoz, Mehdi Bahdad and many other fighters from UFC and Bellator who were Muay Thai and BJJ world champions. Besides, he has trained in many other places like Wilde Card Boxing Club, Black House MMA, Kings MMA, Team Victory Muay Thai, Cobrinha BJJ, CMMA and Tiger Muay Thai in Phuket Thailand.

In his shining career he has won several competitions such as wrestling and kickboxing Kingdom Champion, BJJ European Champion and many other competitions. Ahmed Talal Makki is doing more than just fighting. He is also the co-founder of SFC (Saudi Fighting Championship), the first Saudi MMA organization and Spider Team Saudi Arabia Spider Team, an MMA team in Jeddah, alongside his partner Mohammad Al Najjar. Some of the notable fighters with Spider Team, Saudi Arabia are Abdulahad Gari, Khalid Aljohani, Haitham Bader, Haitham Aldaine, and Mohammed Gamrawi. Besides, he also opened the first MMA Gym in Saudi Arabia in 2007. In addition, this multi-talented personality is also a Master Degree holder in Business Management.

He has been participating in various competitions in different countries and has recorded astonishing statistics. According to the media, he is one of the most talented Saudi in the sport. Quest Arabiya aired some of the best stories about the Kingdom, including its original production of short films: HAKAWI: Ambitious Saudi which included the success story of Ahmed Makki. The series was directed by Emirati filmmaker, Nayla Al Khaja, who shone the spotlight Ahmed Makki, reflecting his passions and interests as he tackles adrenalin-fuelled activities and takes on unconventional occupations like MMA.  So much popularity at such a young age! Ahmed Talal Makki is seen as an inspirational figure in Saudi Arabia for the teenagers and is also a youth icon. He is a sought after influencer and has garnered more than 20K followers over his Instagram handle in a short period of time where he very actively shares glimpses from his personal and professional life. He keeps his audience engaged with innovative posts in the form of reels, photos and videos. His Instagram is filled with visually appealing and aesthetic posts on MMA skills and training sessions. He has been quoted as saying, “I’d like to hope the sense of support, pride and enthusiasm I share will extend beyond generations and reach all the talented people of KSA. Due to his immense popularity, several brands like Reebok, Toyota, Saudi Airlines, Golden Protein, and Fitness Empire Kitchen etc. have collaborated with him for promotional activities.

To be where influencer Ahmed Talal Makki has reached now, is a dream for thousands of MMA aspirants and he helps the young enthusiasts establish themselves as pioneers in the sports domain. Ahmed Talal Makki carries a perfect balance between his personal and professional life. According to him working for big goals is stressful and he believes a person should be calm and peaceful in order to be a successful entrepreneur as well as to maintain focus on his or her career. He says, “Enjoying your work matters and that’s what makes you a successful person in whatever you are pursuing. Being blessed is such a bliss but being hardworking is what makes your personality powerful and influential.” He stresses on the fact that natural and gifted skills and talents will fade without hard work.”

“It is not about how you build a business; it is about the means that you use to build it”, says Sezgin Manjuka, a Digital Entrepreneur and Marketing Expert 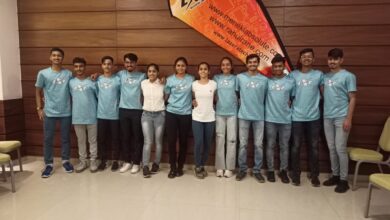 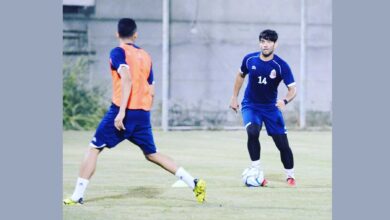 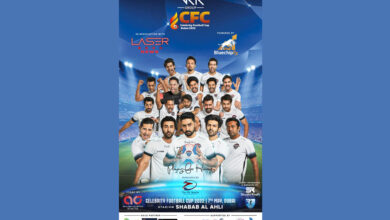